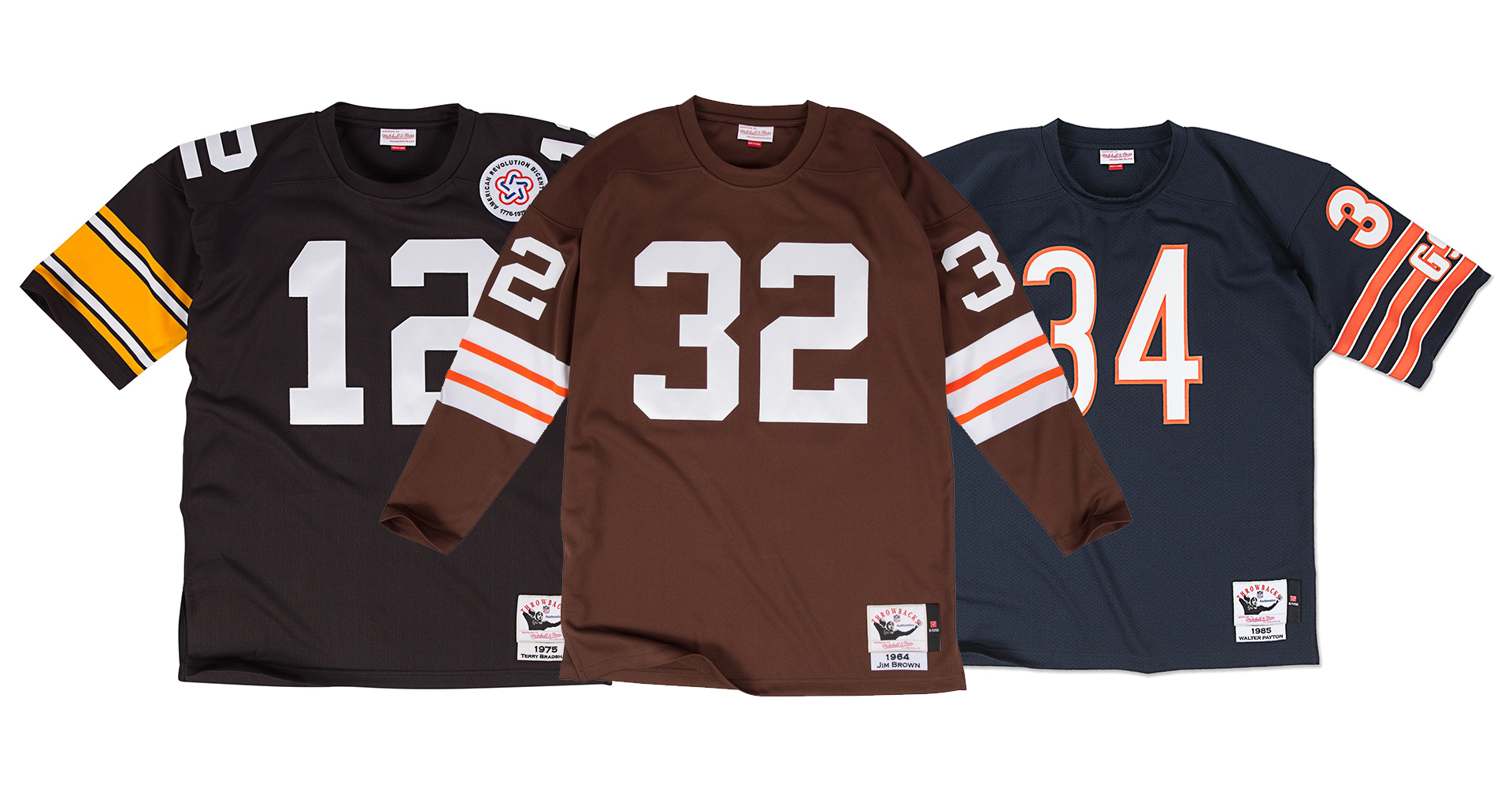 Mitchell & Ness is a company with history. Established in Philadelphia in 1904, they originally got their start making tennis rackets and golf clubs before they ventured into NFL jerseys. They eventually hired a young apprentice by the name of Sisto Capolino in 1917, who would later take over the company. In 1925, Mitchell & Ness started making uniforms for local teams in the Philadelphia area, but it was their contract with the Eagles in 1933 that would introduce them to the pro sports world.

After expanding to baseball, Sisto would become the sole owner of Mitchell & Ness, bringing his son Peter into the business. Over the years, other uniform manufacturers would come into play, contracts would go to other companies and Mitchell & Ness settled into the background. It wasn’t until 1983 that the company would find it’s current niche, setting them on a course to become the quality makers of throwback jerseys that they are today.

When a customer came into the shop to have an old jersey repaired, Peter found yards of discarded wool and had the idea to recreate the great jerseys of the past. Sports Illustrated featured them in an article, commending Peter on his research for authenticity, and Mitchell & Ness’ popularity grew. They were eventually big enough that the MLB offered them an exclusive contract for their Cooperstown collection. Soon, other sports leagues would follow, which brings us to the reason why they’re featured here. Football!

While it is possible to find certain players from the past with Pro Line jerseys, they don’t go out of their way to match anything passed the Reebok era. Mitchell & Ness, however,  went to great lengths to make sure their throwback jerseys were authentic. Peter Capolino enlisted the help of his friend Bobby Downes, as well as other sports historians to make sure their research was spot on. Digging through old articles, books, game programs and film footage, they were able to faithfully recreate vintage uniforms, paying tribute to the best players to ever do it. This is why they’re a great choice for any nostalgic fan looking for classic NFL jerseys.

Mitchell & Ness provides a wide variety of styles, designed to replicate the changes NFL jerseys made over the decades. Because of this, the materials will vary. Some jerseys are short-sleeved 100% polyester mesh, with screen-printed numbers. Others are long-sleeve, with a double-knit body and twill numbers. No matter the materials, you don’t get to the level that Mitchell & Ness have as jersey makers by producing anything less than the best.